The 2019 Australian Para Sailing Championships have concluded today at Southport Yacht Club in Hollywell, Queensland.  The Championships were held from Friday to Sunday August 2-4 in conjunction with an Open Regatta for inclusive classes. 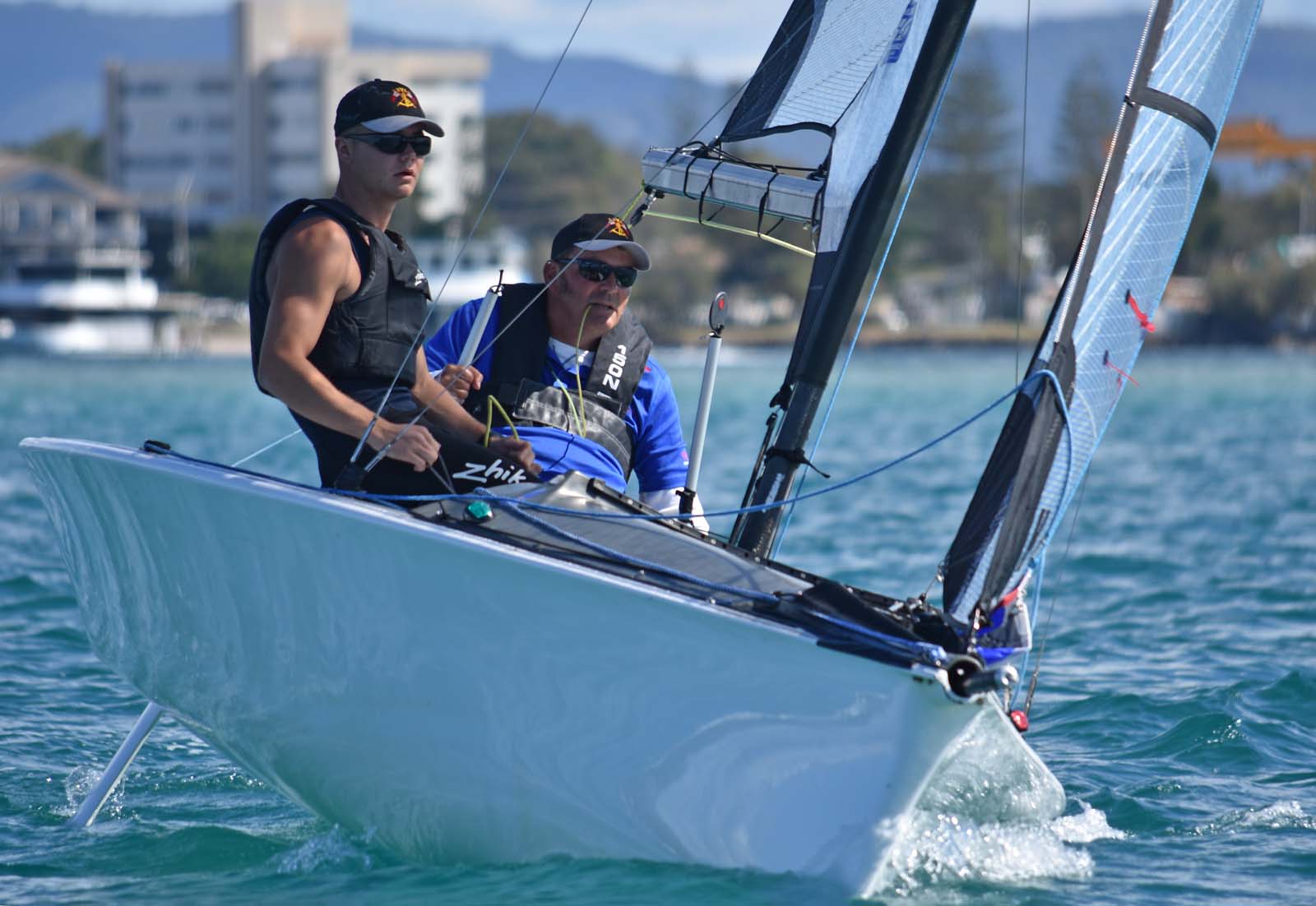 Three days of racing on The Broadwater in mainly light to moderate breezes and, at times, a brisk tidal flow, provided some challenging conditions for the sailors and the SYC Race Management Team led by Race Officer Mark Dingley.

Day one saw a moderate southerly increasing to fresh at times with rain squalls and shifting south-east.  It was a disappointing return to the water for 2016 Paralympic Gold Medallist Dan Fitzgibbon with rig damage before the first race leaving Fitzgibbon and crew Brett Pearce with three DNS scores to start the regatta.

Current Australian Para Sailing Champion, Chris Symonds, recently returned from a Silver Medal performance at the Para World Sailing Championships in Spain, posted a perfect scorecard of three wins on the first day in the Hansa 303 one-person fleet.  Local Stuart Waters, sailing in the Open Fleet, was second in the overall point score at the end of three races, with Alison Weatherly (VIC) third overall and second in the Para Championships standings just one point ahead of Robert Crofts (WA). 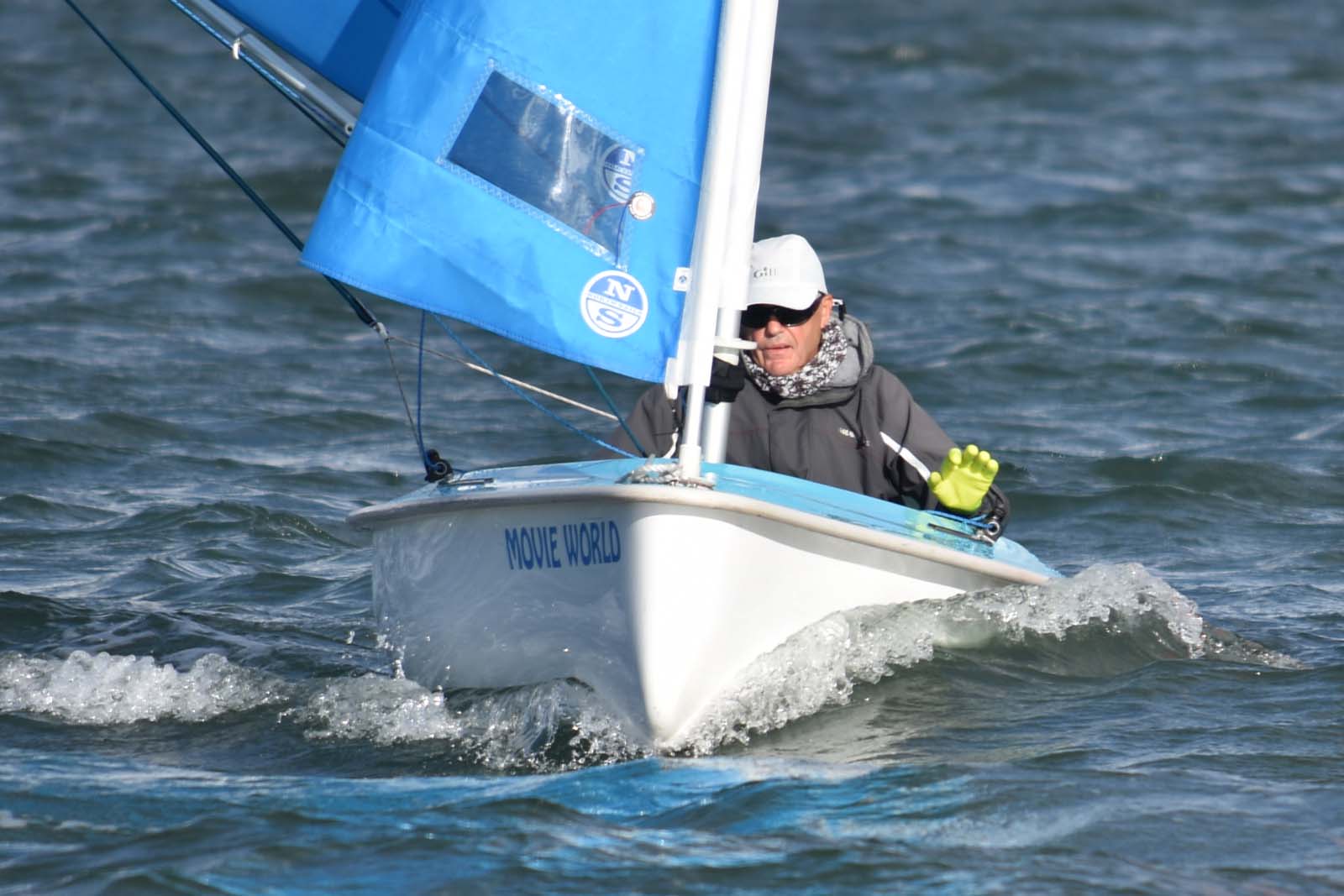 shifted easterly after the first race.  The restricted course length for this wind axis meant three lap races with the track at right angles

to a 3 knot tide.  Starts and mark roundings were a challenge. 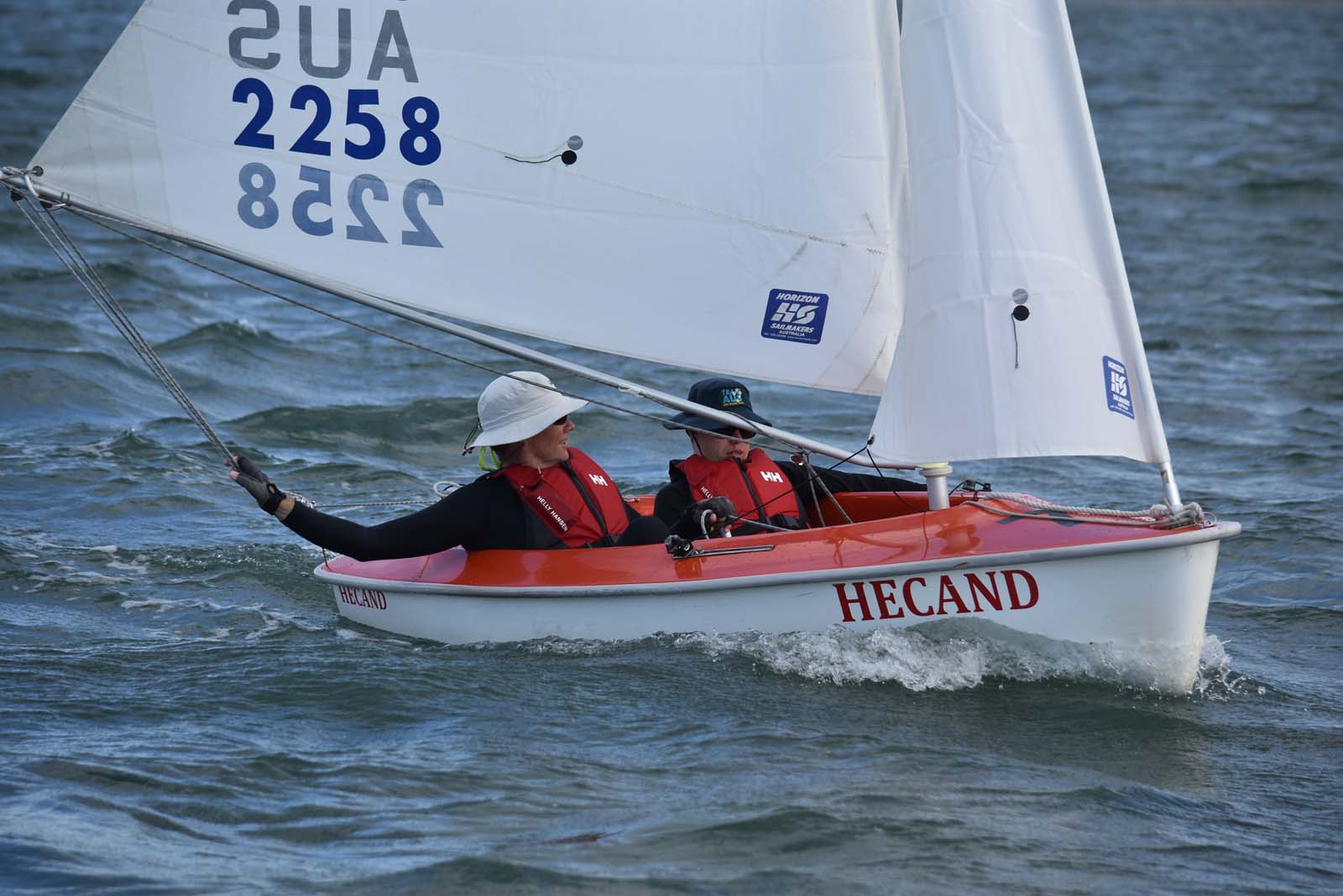 back on the SKUD 18 racetrack on day two posting 1-1-4, but their non-start on Friday meant they remained mid-fleet in the overall point score.

Manning & Quan sailed consistently to build a four point margin over Patterson & Swadling, with SYC sailors Neil Rowsthorn & Jack Wallace six points further back in third place at the end of the day.

In the Hansa 303 one-person, there was no change to the leader board following the next three races.  Symonds took another three bullets to lead Waters in the Open and Weatherly and Crofts in the Para Champs point score.

The tables were turned in the Hansa 303 two-person though, with Colin & Bradley Alderton taking the series lead on tie-break from the Williams crew after the second day of racing.

The final racing day saw sunny conditions and a relatively stable east-south-easterly of 10 knots.  The SYC race management team sent the fleets off on windward-leeward two lap courses with the SKUDs changed to three laps for the final two races.

Dan Fitzgibbon and Brett Pearce claimed two race wins on the final day to move up to third overall having only sailed in six of the nine SKUD 18 races.  Neil Patterson & Ashley Swadling’s 4-6-3 today was enough to retain second place in the series.  Ross Manning and Max Quan stayed close to the top of the fleet in all today’s races to grow their lead to ten points and back up their 2018 Para Nationals title.

Every day’s scorecard was the same for Chris Symonds – 1-1-1.  Symonds could not be caught and easily dealt with the difficult tide and breeze to get a clear lead in each of the races.  He also retains the Para Sailing Championship title he secured last year.  Stuart Waters retained second place in the Open series, with Alison Weatherly second and Robert Crofts third in the final Para Nationals standings. 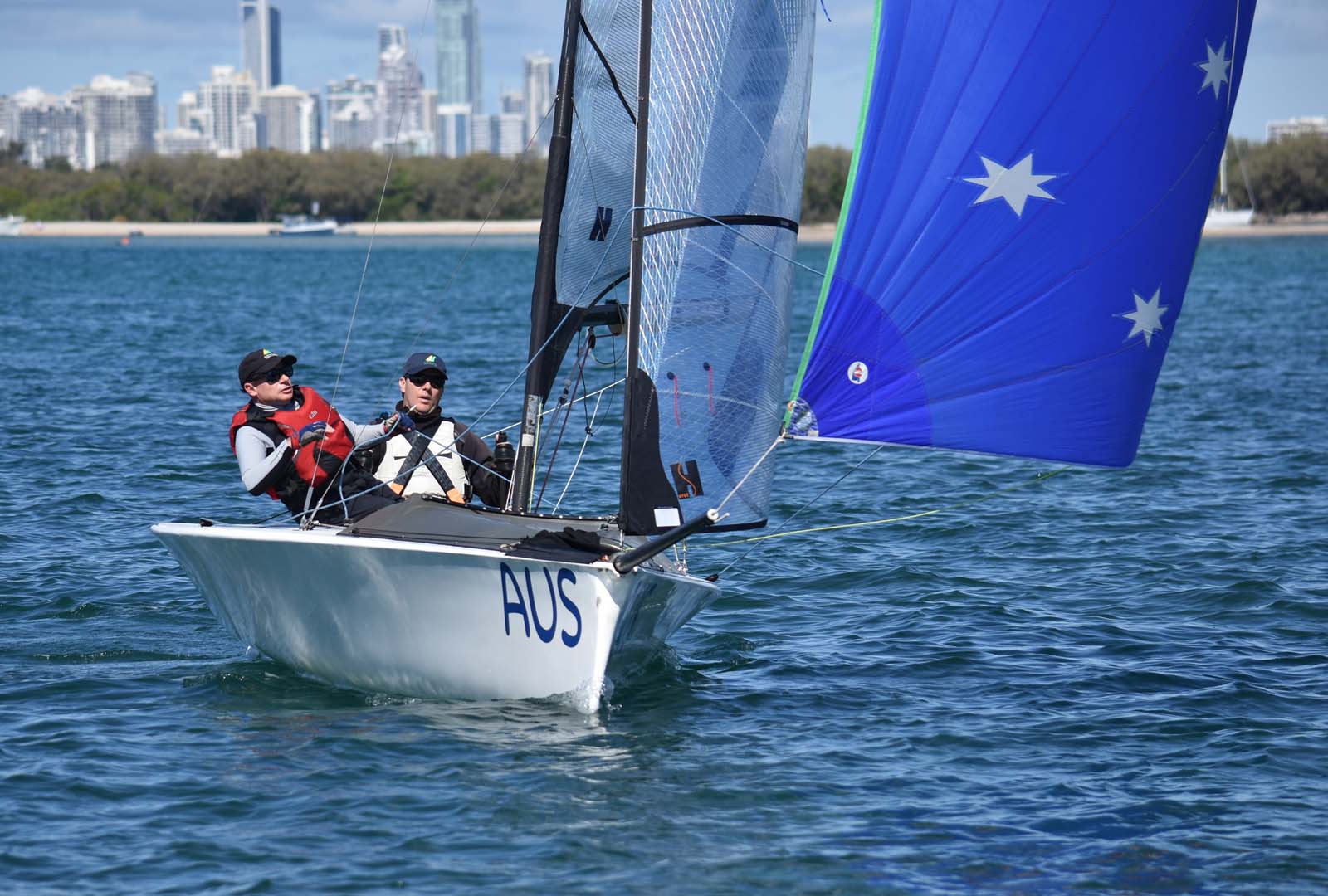 Greg & Jacob Williams regained the lead in the Hansa 303 two-person on the final day, with two race wins to seal the championship.  Last year’s winners, Colin & Bradley Alderton had to settle for a second this year ahead of Doug Monk & Dylan Saunders.

“Southport Yacht Club was pleased to host Australia’s best para sailors on the Gold Coast over the past week”, said Vice Commodore Sail Drew Jones at the Prizegiving on Sunday afternoon. 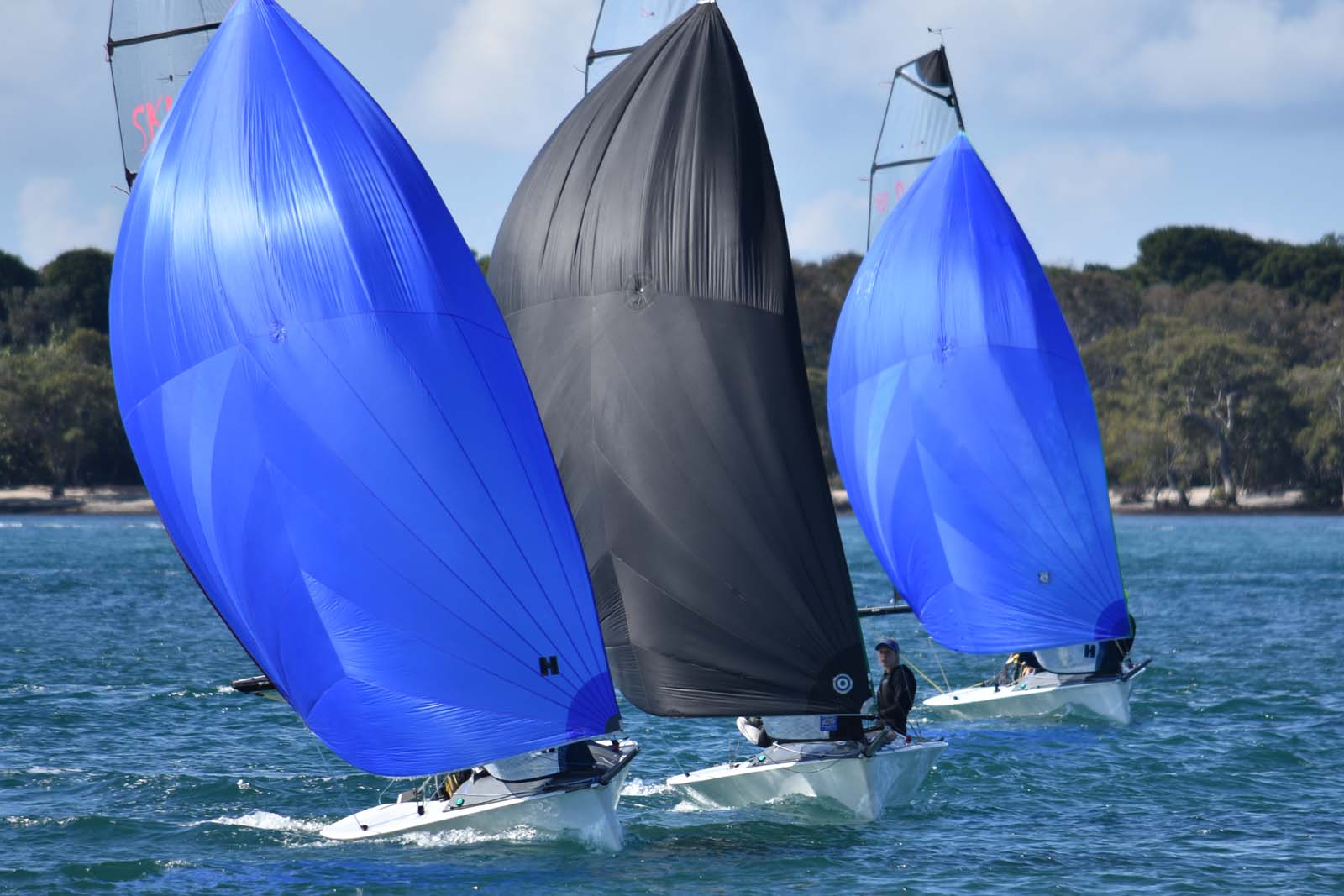 “We have received tremendous support for the event from sponsor SeaBreeze Industries along with the club race management volunteers and Sailability volunteers.  Altogether it’s been a great regatta”, he said.

A para sailing training clinic for eighteen sailors was run by Australian Sailing Coaches Grant Alderson and Mike Darby on July 31 and August 1 leading in to the Championships.

The 2020 Australian Para Sailing Championships will be held at Royal Brighton Yacht Club next January as part of the Sail Melbourne International. 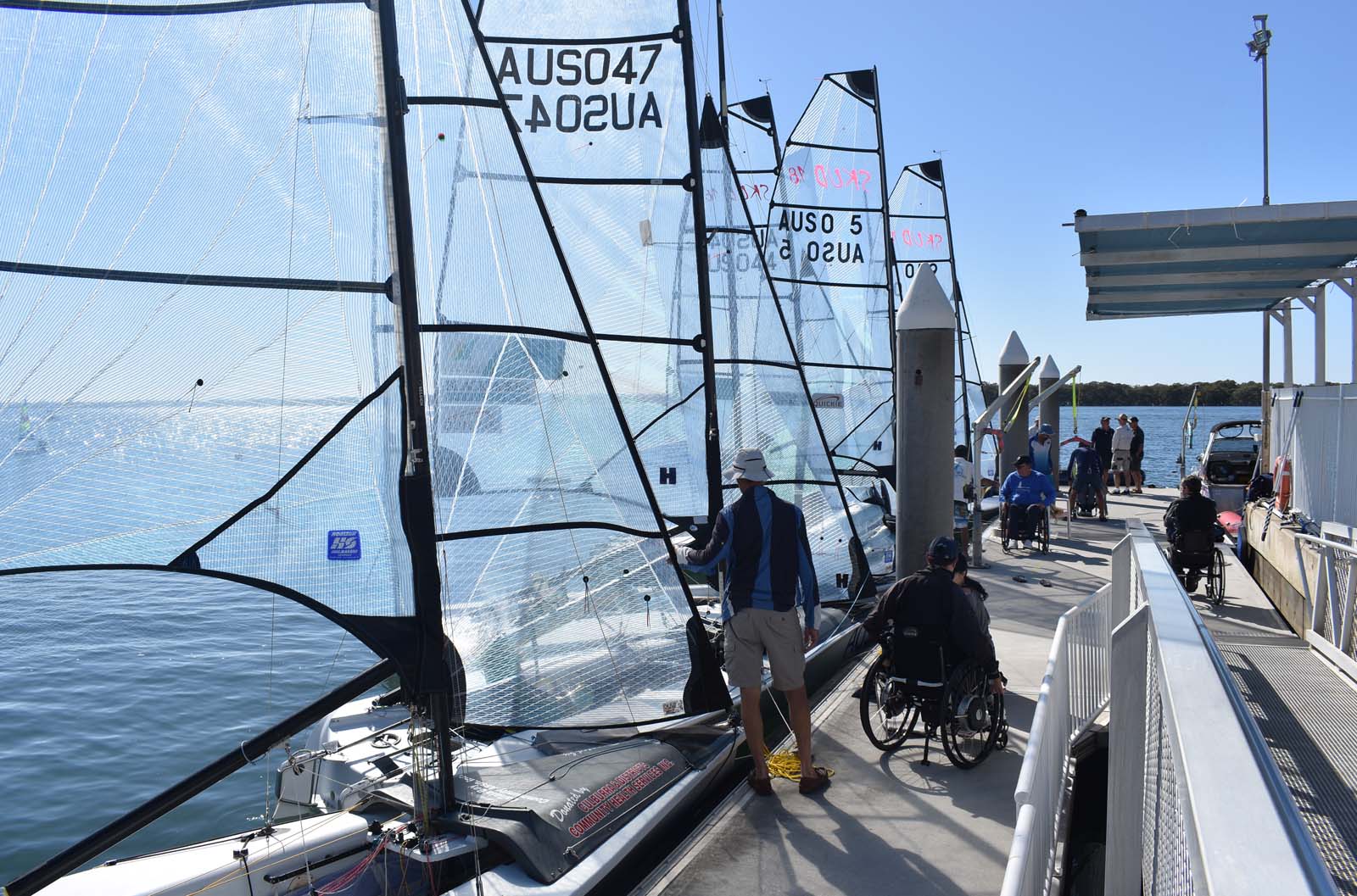 Two races are better than one: Brisbane to Hamilton Island and Brisbane to Keppel starts
August 5, 2019